0 Attica Diaspora around the world 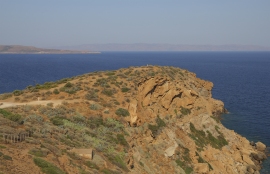 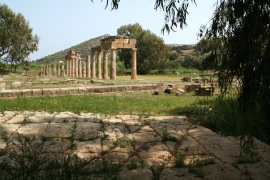 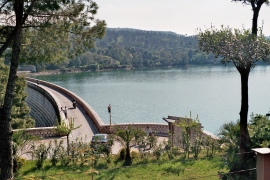 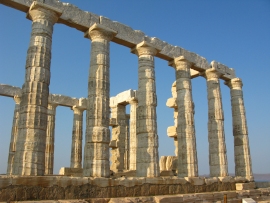 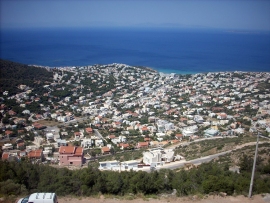 View_on_Saronida - By Grzegorz Wysocki (Own work)
[GFDL or CC-BY-3.0]
via Wikimedia Commons

Attica is the area that surrounds Athens, the capital of Greece. It is the most populous area in Greece, with a little less than four million inhabitants. It is a very popular area for local and international holiday makers as the area of Attica has a lot of leisure activities, hotels, spas, resorts, and of course plenty of shopping in Athens.

The main draw point for tourists in Attica is of course Greece's capital Athens (which is where tourists go, but they don't tend to explore much else in Attica). Attica is definitely a good starting point if you would like to explore Greece. And if you do not have much time for a big tour of Greece, then Athens will make sure that you will at least get to see some of the most important sights in Greece, e.g. the Acropolis, which is one of the most famous sights in Greece. There are plenty of historical sites around Attica, and you will be able to spend your whole holiday just exploring them, but you can also take a break and just spend a lazy and relaxing day at a lake or a beach.

Getting to Attica is quite easy as plenty of ways lead to Athens. You can fly, travel by train, arrive on a boat, take a bus, or drive there with your own car.

Getting around Attica is simple and straightforward as the region is used to tourists. However, you should always have a good look at your timetables because some smaller places have limited transport during the weekends, and might not have any connections late in the evening or at night.

What are the places and activities you should not miss in Attica?

Anyone who is interested in Greek history, should visit this building. It may look modern on the outside, but the inside will not disappoint you when you walk through many exhibits about different periods of time in Greece.

The “Rock of Ares” (Ares is the god of war) was a place at which the other gods judged Ares for the murder of Poseidon's son. The rock is within walking distance of the acropolis, and is well worth a visit.

The Agora is one of the best examples you could find of an agora in Greece. Of course, this is not the only agora in Greece, but most likely the best. Also stroll though the Roman Forum while you are there. You could also take a walk along the pedestrian street with the name of Dionyssiou Areopagiti, which gives you great views of the Parthenon.

The Athenian Acropolis and the Parthenon (Athens)

The Parthenon is one of the must-do sights when you are in Athens. The Parthenon, the temple of the Goddess of wisdom, Athena, is the most famous of the old buildings on the Athenian Acropolis, and a sight that is known to many people from photos and movies. While you should make sure that you do visit the temple of Athena, and learn more about the Goddess's importance for Athens, you should not miss out on having a look at all the other ruins on the Acropolis, as they are also quite significant.

If you feel like a little break from Athens hustle and bustle, then you can take a break in the national gardens, which are a green, lovely oasis in the middle of Athens. Close to the National Gardens, you could also visit the place where the first ever MODERN Olympic games were held (Kallimarmaro Panathenaic Stadium).

Sounion is mainly interesting because you can visit a very beautiful and impressive temple dedicated to the God Poseidon, the god of the sea. If you can do it, then plan your trip to the temple so you could take in a sunset at the temple, as the combination of the view over the sea, the setting sun and the stunning architecture of the temple make for a perfect photo opportunity.

For a little island escape, you could go to Aegina for a day. There are wonderful beaches with crystal clear water, and also some very interesting archaeological sites – so you can combine leisure with culture in a very nice way.

There are about 2000 animals in this zoo, and unlike many other zoos in the world, this zoo is open every single day of the year – though a visit on a dry, warm day is more pleasant than a visit during a cold, rainy day. If you have an interest in animals, then you should spend half a day in this zoo, which is easy to get to from Athens.