0 Epirus Diaspora around the world 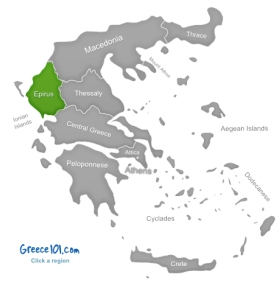 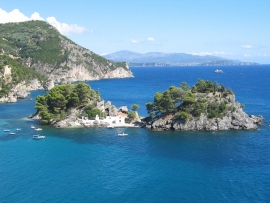 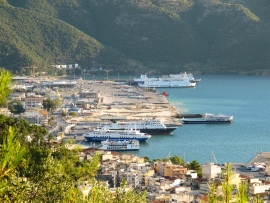 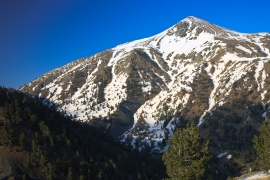 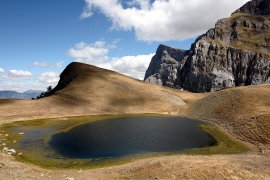 Zagori_Dragonlake_and_Gamila_summit - By Nikos A. Kanellopoulos (Own work (www.diafragma.gr))
[CC-BY-SA-3.0]
via Wikimedia Commons

Epirus (Greek Epirus, not the neighboring Albanian part of Epirus) has a population of around 340,000 people, and is located in the North West of Greek, bordering Albania in the North. The region is very mountainous with the highest point being Mount Smolikas (2.637 meters high). The region is also one of the rainiest regions in Greece because the the winds from the Ionian sea. Epirus is called the land of many bridges, and if you read on, you will learn why.

Like most other regions in Greece, Epirus is not that hard to get to. There are airports (though you might not be able to fly straight from your home country), buses, trains, and of course you could use your own car or hire one.

You can get around by car, bus or train. However, be aware of the fact that more remote villages do not have regular bus services, and you would not want to miss the last bus back to the city or town you stay in.

Epirus is special because it is a region in which you will find old Greek stone bridges everywhere. You can go out and explore on your own, or you can take a specialized tour which takes in the most spectacular of the bridges. There are plenty of traditional settlements, and the region is quite unspoilt by mass-tourism. In Epirus, you can still take in the typical Greek atmosphere, and you will have your breath taken away by the stunning landscape. There are also some uncommon plants that grow in this area because the conditions in Epirus are a bit different from the rest of Greece. So you can find the Buttonball, beautiful red lilies, and crocus. The wildlife is also quite varied. There are brown bears, otters, wolves, wild goats, and wild cats – just to name a few.

What are the places you should not miss in Epirus?

The ruins of the ancient shrine Dodona speak of the old Greece we know from myths and legends. This shrine was an oracle, and it is assumed that it is the oldest Hellenic oracle as it was mentioned by Herodotus. Only the famous oracle of Delphi held a more important role in Greek history – Dodona is not known very well amongst tourists, they all flock to Delphi. However, Dodona is worth a visit and the ruins have a unique atmosphere.

The Necromanteion (oracle of the Dead)

You will find the Necromanteion on the banks of the river Acheron. The temple is dedicated to Hades and Persephone. It was believed that this temple was the entry to Hades, the Greek underworld of the dead.

Nicopolis was one the capital of ancient Epirus when it was under Roman rule. Today, only the ruins are left. The ruins are great to have a walk around in. Of course there are plenty of ancient ruins in Greece, but Nicopolis is special as it had been founded by the Romans.

Ammoudia is a great base for exploring the surrounding area (Nicopolis, Dodona, and the Necromanteion can easily be reached from there). This town is close to where the Acheron River meets the Ionian Sea – a sight you should check out if you have the time, as Homer described the Acheron River as the river on which dead soul journey.

Parga is more popular with Greek holidaymakers than with foreigners, so you will find a Greek atmosphere there. The main drawing points to Parga are the lovely beaches, an old Greek fortress and the Ali Pasha castle. Try some Parga honey as the honey is a local specialty and really good.

Arta is one of the many places that has a beautiful bridge over the Archatos river. Another attraction in this charming town is the Panagía Parigorítissa with the interesting mosaic of Christ.

If you are interested in seeing Greece's biggest single arc bridge, or the wonderful multi-arc bridge Papastathis, then Ioannina is the best base for this. You can choose to kayak down the river, or take a hiking trip. There are also guided rafting tours on offer. The city itself also has a few attractive sights, and you could also take a leisurely stroll along the lakeside. There are art galleries, museums, and old castro, and plenty to see in the city's old town.

For a natural stone bridge, you need to travel to the area called Zayorohória. It is an area not too well known amongst tourists, and you need to be a little adventurous to tackle this on your own, but the stone bridge, the river, and the various typical Greek villages will reward you for going off the beaten track.