7,492 All members around the world 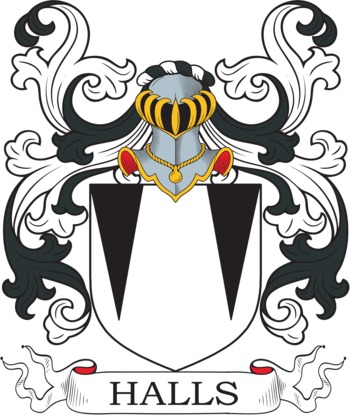 Design your own All Family Crest

There are approximately 7,492 Halls family members around the world. In general you can double this figure to include those related to the Halls names to allow for those connected to the name through maiden name connections.

This ancient surname generally considered to be Anglo-Scottish, has several possible sources. These are that it may be a topographical name for someone who lived at or near a large house called a Hall, or that it could be an occupational name for a person who was employed at such a place. In this case the derivation can be either from the Olde English pre 7th Century word "heall", or the Old German and later Anglo-Saxon "halla", or even the Old Norse-Viking "holl". All have the same meaning of a large house or building. However it can also be a locational surname from any of the places called Hall..

In some cases it may be a habitational name from places named with this word, which in some parts of Germany and Austria from the Middle Ages also denoted as salt mine in Austrian county of Tyrol.

The first recorded spelling of the family name is shown to be that of Warin de Hall, dated 1178 in the "Pipe Rolls" of the county of Essex, during the reign of King Henry II of England (1154 – 1189). Early example of the surname further north includes William de Hall, who held lands in Irvine, Scotland in 1426.

Another early bearer was John Hall, who was born in Kent in 1584 and emigrated to New England in 1632. He founded a notable American family, as his descendants included Stanley Hall, a pioneer in psychophysics and an early astronomer, Asaph Hall. Lyman Hall, a signatory of the Declaration of Independence in 1776 was also a descendant.

In 1881 census, the surname was frequent in Essex and East Anglia, also Cornwall and Devon. Essex was recorded as a top county for the surname with 640 occurrences.

The top reported jobs worked by Hall in the UK in 1881 were Agricultural Labourer, Labourer and Farmer.

Tell us about any famous All (or surname variant) you think we should add here. We will get our genealogists to check them out and add them to the list. Thanks!

Join the conversation with the All tribe

Areas of Origin for All

Write an email address and click 'Invite' to share this page with more members of the All tribe.

Discover where the All Family members live around the world

Show off the All Family Crest…